In August 1949, Cessna Aircraft Company learned that the U.S. Army wanted a new, all-metal liaison airplane to replace its aging and shrinking fleet of fabric-covered Piper L–4 Grasshoppers and Stinson L–5 Sentinels. The Army planned to evaluate all competing aircraft during a “fly-off” at Wright Field in Dayton, Ohio, the following April.

With so little time available to develop an entirely new airplane, Cessna began work by mating the tail of a Cessna 195 and the wings of a Cessna 170B with a newly designed fuselage. The effort was particularly challenging because one of the military specifications required that the airplane be capable of taking off and landing over a 50-foot obstacle in less than 600 feet at its maximum-allowable gross weight. The prototype was built in 90 days; made its first flight on December 14, 1949;

Two months later, on June 25, 1950, the North Korean Army crossed the Thirty-Eighth Parallel. Suddenly, there was a greatly increased need for Cessna’s Model 305, which became better known as the L–19 Bird Dog, an apt name because of how well it enabled pilots and their rear-seat observers to search for and locate enemy ground positions. Once found, such targets were identified and their locations radioed to those who would respond with an air assault, artillery, or ground troops.
When enemy ground troops spotted a Bird Dog flying low and overhead, it gave them good reason to believe that something bad was about to happen to their enemy

Testimonial quote “beautiful Aircraft to fly , the Flight dynamics are spot on .. and I love the amphibian for a little fun on the water” 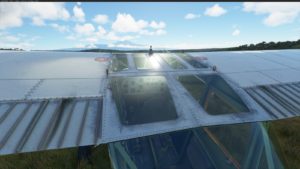 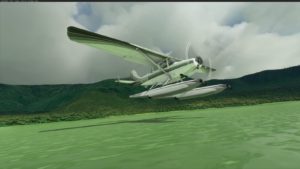 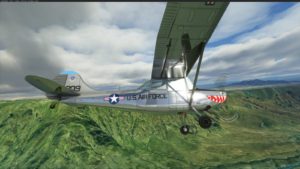 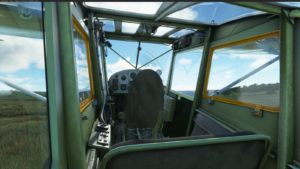