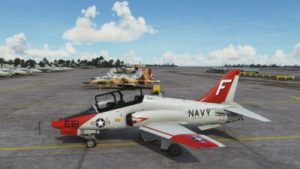 The T-45 Goshawk has its origins in the mid-1970s, during which time the U.S. Navy formally commenced its search for a new jet trainer aircraft to serve as a single replacement for both its T-2 Buckeye and A-4 Skyhawk trainers.During 1978, the VTXTS advanced trainer program to meet this need was formally launched by the U.S. Navy. An Anglo-American team, comprising British aviation manufacturer British Aerospace (BAe) and American aircraft company McDonnell Douglas (MDC), decided to submit their proposal for a navalised version of the land-based BAE Systems Hawk trainer.

(*) Due to current SDK limitations, the HUD is not collimated. This can create minor problems during precision landings. Also, due to current coding restrictions, the HUD may not work well with TAA. It is suggested to turn TAA off with the T-45

(**) – this model is tuned to work with the “Modern” flight model and may not work correctly with the Legacy flight model.

THIS PRODUCT IS NOT INTENDED OR LICENSED FOR PROFESSIONAL USE

This T-45C model will ONLY work with Microsoft Flight Simulator (aka Flight Simulator 2020) Due to the high-detail model and textures, we suggest to use the T-45C on systems that meet or exceed the following requirements: 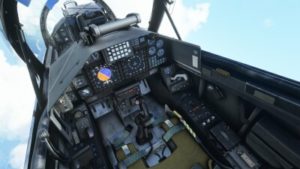 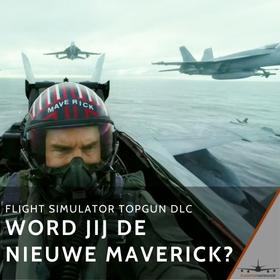